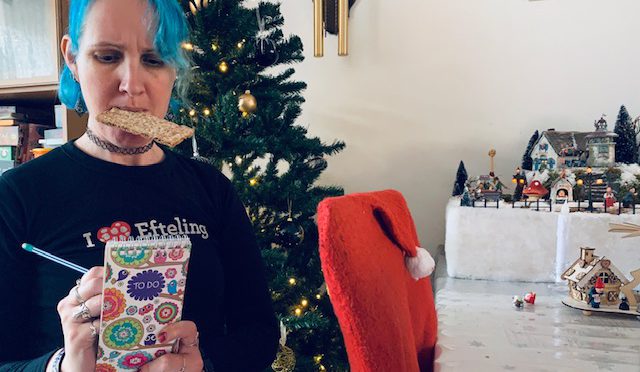 END_OF_DOCUMENT_TOKEN_TO_BE_REPLACED

Ik vind het prachtig om te zien hoe dit soort initiatieven ontstaan, maar eigenlijk is het ontzettend triest dat er zoiets nodig is...
🏳️‍🌈😊😕
It wonderful to see these kinds of initiatives, but it actually makes me so sad. You just want all trans people to be able to be who they are where they are, and not having to need places like this... ... See MoreSee Less

This was the last morning my kids could walk to school together. Tonight, after the traditional musical they play at his last year of primary school, he is going off to camp. After the summer, he will be in a big, parent free, building filled with teenagers, where going to school together will no longer be appreciated. (Or possible, for that matter, since his little sister's school is on the other side of town)

Weird how writing down the word 'never' now suddenly makes my eyes water... Kids getting big and all that.. 🥰 ... See MoreSee Less

(English below)
Ik kwam dit tegen online en het is zó waar!
Zullen we gewoon weer LEGO voor iedereen maken?
🏳️‍🌈👦👧👶❤️
I used to love LEGO. We had a gigantic train track (well, in my ten year old opinion) that ran from my room to my brothers and a tapping signal for the wall between our beds. We built houses on the street tracks and animals and I decorated it all with those tiny flowers that never seemed to stay on their little green stems.

My oldest daughter liked Lego. Not too much, but I must admit, I didn't own a lot anymore.
With my youngest kids I started out early. We had the LEGO primo sets with rattles and their baby hands loved them. We had a whole box of duplo, and later we got all Jurre's lego from his parents. Finnley had the famous Ninjago and later minecraft Legos en Skylanne had her share of princess and elves lego.

But I must admit, Legos changed. Not only were the pieces less uniform, more already in a shape and less able to fit on everything else, but the friends and elves lego felt.. Weirdly, not lego. Even the figurines were different, although 'normal' lego has perfectly fine female figurines. (I myself have a Hermione Granger and a Cho Chang that have exactly the same characteristics as Harry Potter and Albus Dumbledore, albeit longer hair than one of them). The 'girl' lego seems to be built to play with, like Playmobil, and not to actually build with. But my children don't really like playing. What they like, is the building. The taking it apart and building something else again. The things I thought LEGO was for.

Two years ago we were in Legoland. They enjoyed it immensely. (That, next to the huge figurines and lego built dragons, there was a rollercoaster, helped.) What we took home with us was LEGO classic. A box of just that what lego was, in my opinion, designed to be. Just loads of blocks in all shapes and sizes, in loads of colors, and a booklet of ideas for anyone to build.

All boys could build the pink and purple rollerskates and all girls the jungle car.

My kids are not that into lego anymore. They're at this prepubescent age where reading Donald Duck magazines and asking if it's time already to have their screentime makes up most of their after school hours. But sometimes we build. Together, at the big table, or like we did a week ago, on the floor in my son's room.

Just like I did when I was a little girl.

Kids haven't changed. We have.
We need to stop markering to gender.
Kids are Kids, they don't need that. They never have.

The Little Girl from the 1981 LEGO Ad is All Grown Up, and She’s Got Something to Say

Rachel Giordano, now 37 years old, agreed to talk to me about her childhood and the LEGO ad, and to pose for a new Then & Now photo meme.
View on Facebook
·Share

Ik vind het prachtig om te zien hoe dit soort dingen ontstaan, maar eigenlijk is het heel triest dat er zoiets nodig is...
🏳️‍🌈😊😕
It wonderful to see these places, but it also makes me so sad. You just want trans people to be able to be who they are..

The very last day they could walk to school together. Next year it's off to secondary school.

Find out more or adjust your settings.

This website uses cookies so that we can provide you with the best user experience possible. Cookie information is stored in your browser and performs functions such as recognising you when you return to our website and helping our team to understand which sections of the website you find most interesting and useful.

Strictly Necessary Cookie should be enabled at all times so that we can save your preferences for cookie settings.

If you disable this cookie, we will not be able to save your preferences. This means that every time you visit this website you will need to enable or disable cookies again.